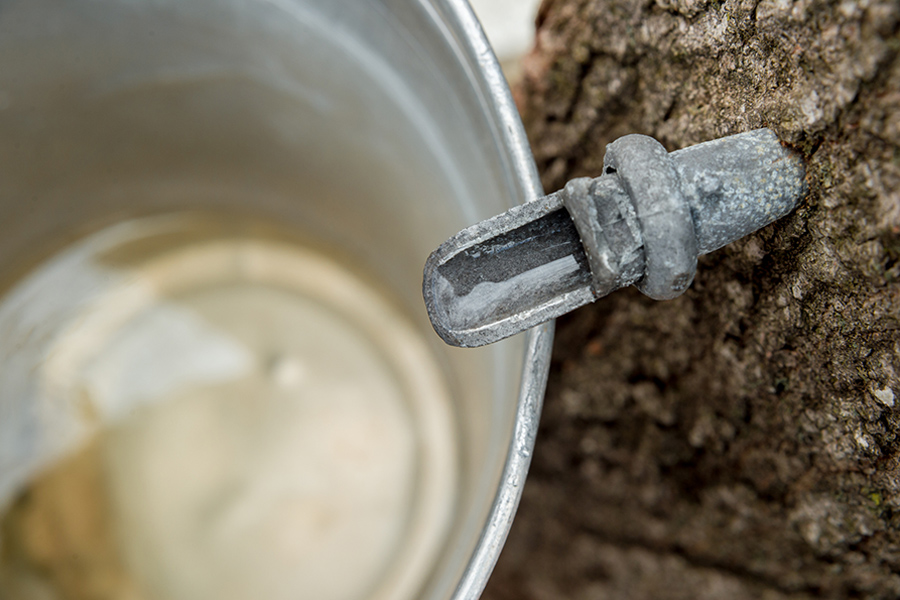 Off of Interstate 57, in a part of Illinois that boasts burgs with fanciful names like Cairo and Vienna, there’s a little town called Makanda that harbors its own sweet secret.

Hidden within the sugar, black, and silver maple trees, is an ingredient to outdoor winter fun that many may not know is so near. Sap found in those trees becomes a syrup that has been delighting locals and beckoning to visitors for centuries.

“Everybody thinks of Vermont and Canada, as far as tapping for maple syrup goes,” said Patrick Jones, who works with the Touch of Nature Environmental Center. But syrup gets generated from sap harvested from trees in Wisconsin, and northern and southern Illinois, as well.

So about 10 years ago, the Touch of Nature team came up with the idea to create a Maple Syrup Festival that could combine a celebration of what Native Americans and pioneers knew of the region, with a renewed effort to make sure that knowledge and those skills don’t get lost over time. Jones said the past few years’ festivals have drawn 800 to 1,000 visitors annually. Guests come for a pancake breakfast that features syrup made largely from locally-harvested sap, and to learn more about what life would have been like at the turn of the 20th-century.

Hide tanners, beekeepers, weavers, and blacksmiths are all on hand for guests, helping families of today better understand what life might have been like more than 100 years ago.

Jamie Jones, who is no relation to the Nature Center’s Patrick Jones, visits the festival annually to share the fiber arts work that she does with alpaca fleece. On her Red Dutchess Farm, located near the Shawnee National Forest in southern Illinois, Jones raises and sheers her own alpacas, which she calls “the cats of the equine world.”

“Where a horse will come up to you to be petted and a donkey wants to be loved all the time, the alpacas are like, ‘Yeah, just feed me,’” Jones said.

She became interested in alpaca fleece because both she and her father are allergic to the oil found in sheep’s wool.

“A friend of mine introduced me to alpacas and I just fell in love with them. I love their fiber, and I love their little personalities.”

Jones said she likes getting the opportunity to share her creations with customers who are often unfamiliar with the differences between sheep’s wool and alpaca fleece.

“The biggest thing I find with the alpaca products are that because it’s considered a luxury fiber, for starters, people think they can’t afford it,” she said. “But then they’re like, ‘Oh! This is so soft! Does this itch like wool?’

“That’s one of the things I love about this festival,” she said. “It’s so educational that it draws people in. It’s just really fun.”

Jones has visited the festival for at least the last five years, she said, drawn by the rustic, scenic setting and the people who turn out.

“A lot of the people who come out are really interested in what (the artists) are doing because it’s not commercial, it’s got a more old-timey feel,” she said. “I like it because it’s in the middle of nowhere and people come out there to learn.”

That desire to teach and share is what brought Jacob Bolton back, too. Bolton is a senior forestry major at Southern Illinois University, and his speech takes on a John Muir-esque feel when Bolton talks about spending time outdoors.

“The first tree I ever identified was a sugar maple, and the sugar maple is what we talk about most at the festival,” he said. Growing up in Peoria, Illinois, Bolton said he, like most of his friends at the time, were shooed outside by their parents and told to “go play.”

“I would go explore the man-made creeks in town. As I got older, my friends and I would go on longer walks, started exploring by following the train tracks farther to larger public creeks.”

And one day, he said, his future became clear. “I figured out what I loved,” he said. “I love being outside.”

As a volunteer with the Festival, Bolton takes visitors on tours of the sugar maple tapping stands, and helps them begin to understand the messages trees send in the veins in their leaves, and the bark on their trunks.

“It’s a new language, a botanical language,” Bolton said. “It’s gotten more into my head and I went from walking around being frustrated by not knowing the plants around me, to now just being comfortable identifying anything.”

“I want to be an honest broker,” Bolton said. “Ever since I started identifying trees, I started cultivating my passion. I touch them, I smell them, I observe them for a long time,” he said. “The whole world is now my classroom.”

Lisa K. Renze-Rhodes is a writer living in Indianapolis, Indiana.

Looking for other outdoor fun? Try:

Professional ice carvers compete for bragging rights in a festival that also boasts a chili cook-off, and a skating rink complete with a live DJ. Learn how to get started with your own carving hobby with classes offered during the event. 10 Center Green, Carmel, Ind. (317) 402-1309, carmel.in.gov

More than 30 tons of ice gets delivered to downtown Niles, Michigan, just after each new year for a speed carving competition that draws visitors from across the region. A local favorite, Hunter Ice Cream, gets recreated especially for the festival from a recipe that’s more than 100 years old. 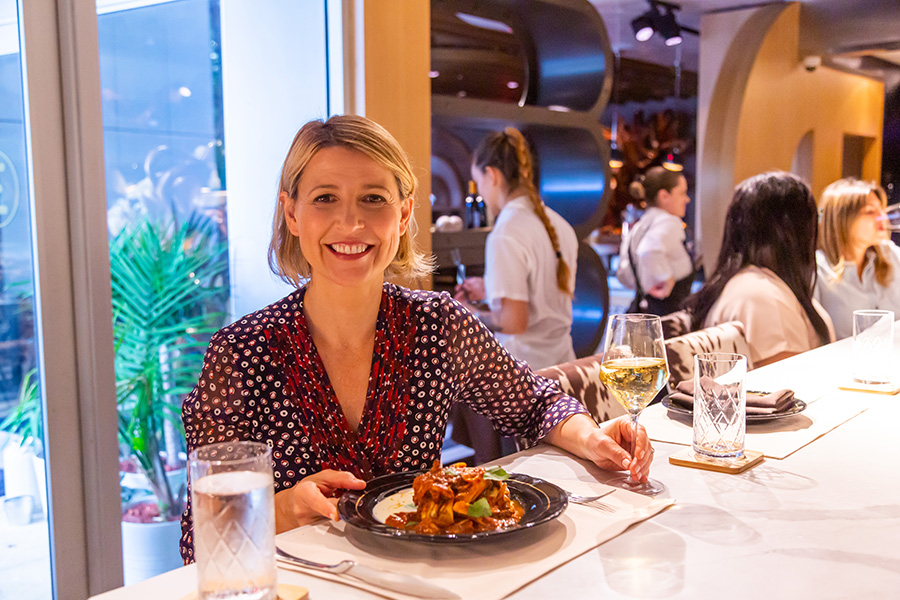 AAA Diamonds Take Guesswork Out of Where to Stay and Eat 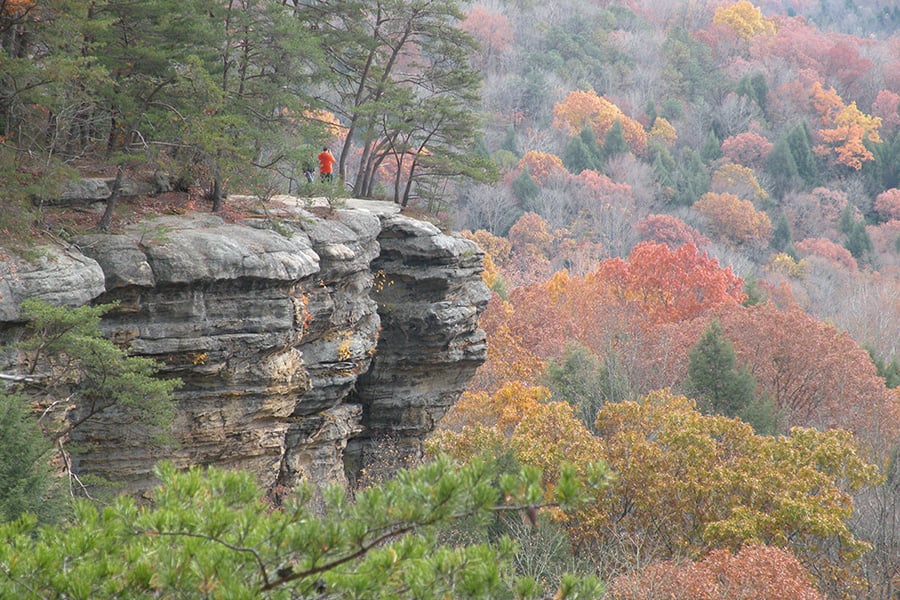 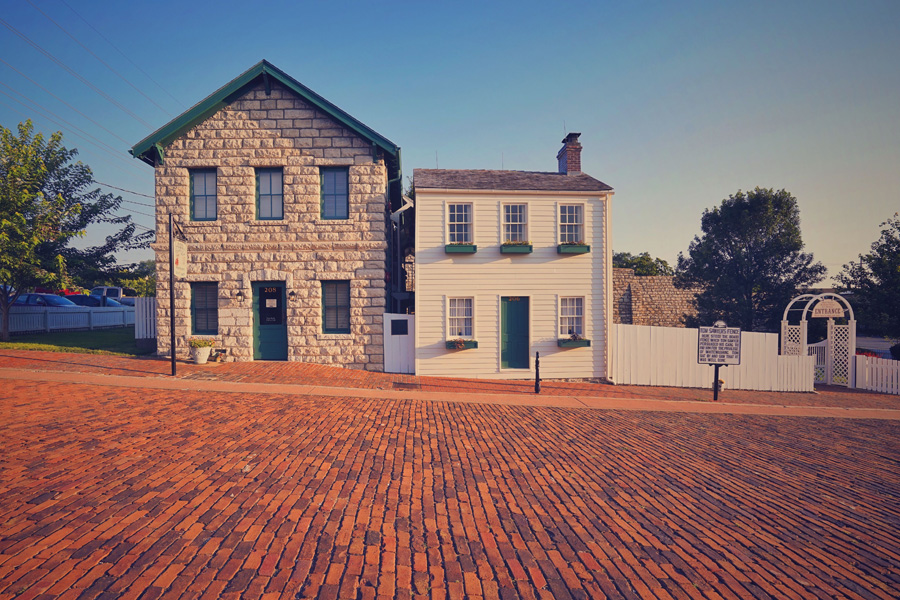 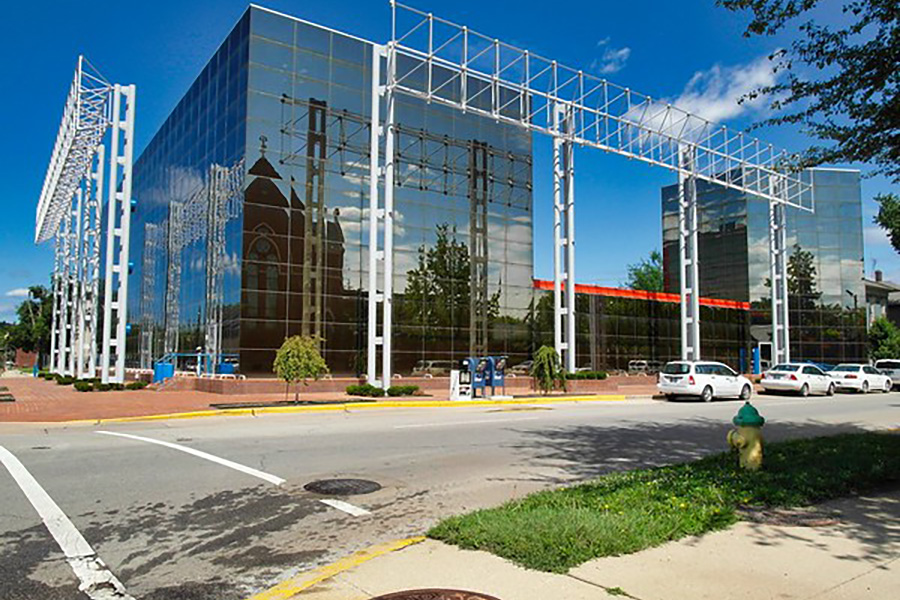 What do you get when you combine virtual tours with the best of Central Indiana attractions? A staycation to remember.