Shining a Light on Bowling Green 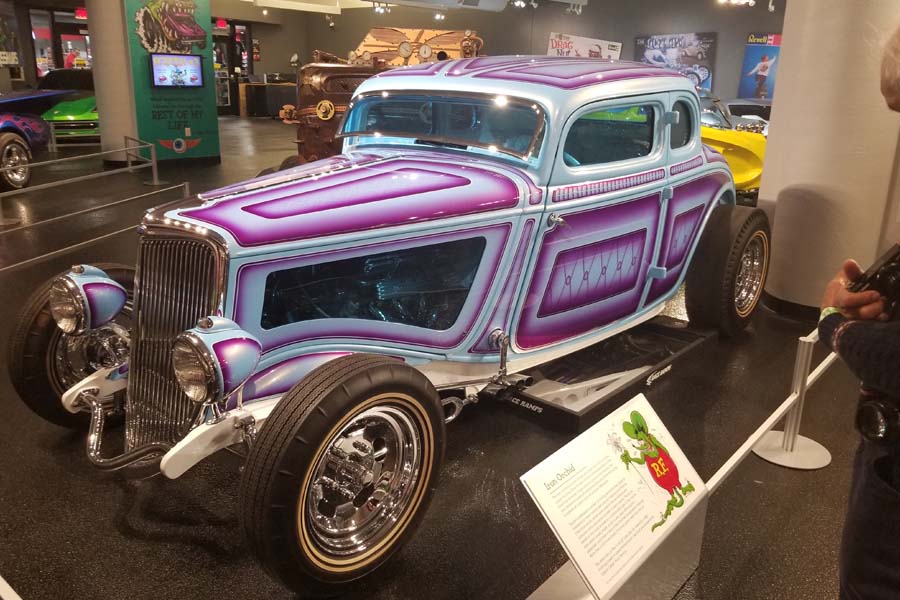 Bowling Green, Kentucky, is the gateway to Mammoth Cave National Park, home to the world’s longest cave system, but if you shoot through town without stopping, you’re missing out. Bowling Green is a destination in itself, so take a couple of days to check out some of Kentucky’s most compelling attractions.

The NCM Motorsports Park and the National Corvette Museum

If you’ve ever dreamed of zipping around a racetrack in a gleaming, next generation Corvette, now’s your chance. Get behind the wheel of a C8 Corvette Stingray Z51, a masterpiece of aerodynamic performance hot off the assembly line, and buckle up for the ride of your life. The NCM Motorsports Park, part of the 55-acre National Corvette Museum campus, offers Corvette Touring Laps ($299 per person), a speed demon’s dream that’ll have you roaring up to triple digits and navigating heart-stopping fast turns as you follow a professional driver in a pace car.

“We often have folks say they are crossing this off their bucket list,” said marketing coordinator Taylor Howard. “A lot of participants have gone on to purchase a Corvette after driving it on track.”

Meet the Beatnik Bandit, the Mysterion, and the Iron Orchid, fanciful show rods that capture the essence of Roth’s genius. Roth created cartoon characters, most notably the repulsive Rat Fink, sometimes described as Mickey Mouse’s evil twin, for hot rod magazines. His Monster Hot Rod Art is throughout the exhibit.

All aboard for a journey back to the Golden Age of train travel. Today, the L&N depot, which opened in 1925 to replace an older station, is a quiet museum, but there was a time (1920s-1970s) when the National Historic Landmark was a cacophonous transportation hub between Louisville and Nashville.

Kids are immediately drawn to a model train that rumbles through a 300,000-square-foot replica of 1950s Bowling Green, chugging over the Barren River Bridge, through a tunnel and past factories and a livestock market. Hey, look; the circus is in town!

A guided tour of five restored railcars behind the depot offers an intimate look at how train travel evolved in the mid-20th century.

The lightweight Towering Pine Pullman Sleeper Car with fold-down beds was the epitome of comfort when introduced in 1953, having come a long way from the old-fashioned beds that shook and bounced. Sit on one of the cushy padded seats, look out the window and imagine what it was like to roll through town back in the day.

Meet railroad engineer Billy Byrd on the 796 E-8 Locomotive. Through a video presentation, the 35-year-veteran of the L&N talks about what sparked his love of trains and what it was like to transition from steam engines to the more efficient diesel.

Visitors also tour the streamlined Duncan Hines dining car, named for the Bowling Green native famous for cake mixes, and the L&N Railway Post Office Car where mail was sorted before being delivered.

Best of all, board the opulent private car that belonged to L&N Railroad president Milton Smith. Built in 1911, it was updated in the ‘40s to include that novel, luxurious amenity called air conditioning.

It’s not on the same scale as Mammoth Cave, but Lost River Cave is a 7-mile natural wonder steeped in history, and that’s what makes it worth the trip.

A guided tour leads visitors to the mouth of the cave where they board a boat that sails into the bowels of this mysterious subterranean world. Rock formations half-shrouded in shadow give the place an ethereal quality, the perfect setting to hear the grim legend of outlaw Jesse James who supposedly hid out in the cave after robbing a bank in the 1860s, as well as more credible stories about Confederate and Union soldiers that camped out in the cave valley during the Civil War.

In the 1930s and ‘40s, the cave was an underground nightclub nationally touted in Billboard magazine. In an age before air conditioning, the cool cave was just the place to jitterbug the night away during sweltering summers. www.lostrivercave.org

Travel restrictions and social distancing may have put a damper on vacation plans, but when it’s safe to travel again, road-tripping will be a great option.