For stunning scenery, outdoor activities, and wildlife watching, look north to our neighbors in Canada.
Matt Kirouac
May - June 2020 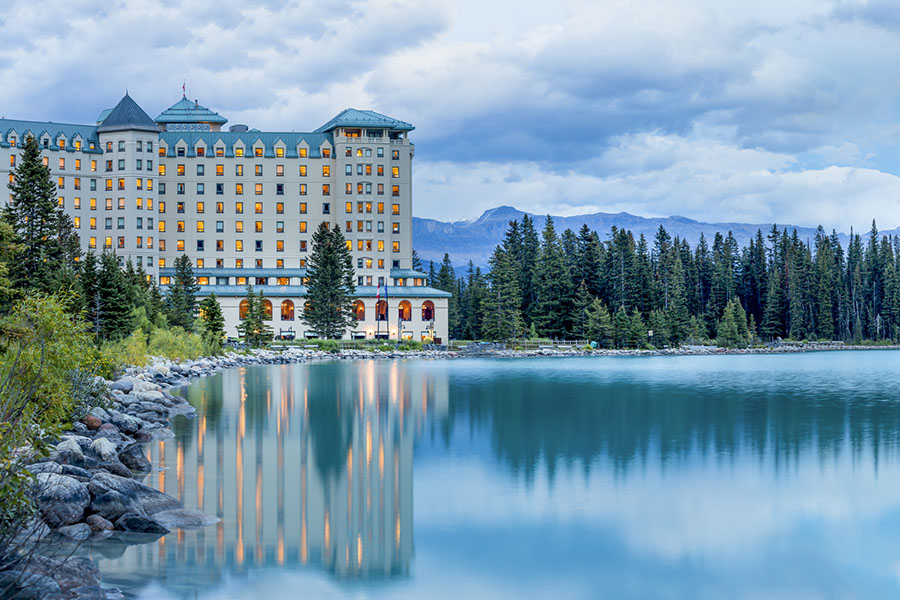 When it comes to the world’s most iconic mountain ranges, the craggy, snow-capped vistas of the Canadian Rockies are basically North America’s version of the Alps and the Andes. From glaciated peaks and roaring rivers to lustrous lakes and serene alpine tundra, it’s the kind of beautiful, surreal landscape that looks like something out of a Frozen movie, with a hefty dash of Call of the Wild, thanks to palace-like chateaus, grizzly bears, and whimsical events like the Ice Magic Festival. To hike here, paddle here, or ski here in the Canadian Rockies is to immerse yourself in a world of incredible biodiversity and immense wilderness.

As the northern portion of the North American Rocky Mountains, which altogether span about 2,700 miles/4,345 kilometers from New Mexico to British Columbia, this is a range that’s oft described as the backbone of the continent, forming the Continental Divide and acting as an integral water source for a large portion of North America. Far beyond the shale and limestone that comprise the mountains themselves, this is a range where water is the cornerstone, largely in the form of perpetual snow melt dispersing off slopes and into alpine lakes and rivers, ultimately spreading across the continent and into three oceans. Even in the summer, high elevations mean that snow is always present in some capacity, acting not only as a postcard-worthy backdrop, but as a life-giving resource for land, animals, and people.

The Canadian Rockies run from the Montana and Idaho borders in the U.S. up to the Liard River in British Columbia. Along the way, the mountains pass through numerous provincial and national parks, and encompass soaring peaks like Mount Robson, the tallest in the Canadian range at 12,972 ft/3,954 m, and Alberta’s mighty Mount Columbia, clocking in at 12,293 ft/3,747 m. Then there’s the all-important Snow Dome, a 11,339 ft/3,456 m behemoth whose snow melt flows into the Pacific, Atlantic, and Arctic Oceans.

What sets the Canadian Rockies apart from the U.S. portion is primarily the geology. Up here, sedimentary rock like shale and limestone are the crux of the mountains, while the American Rockies are mostly made of igneous and metamorphic rock. Another major difference is in general appearance. Due to the fact that the Canadian Rockies are far more glaciated, the peaks are more jagged and interspersed with broad valleys chiseled by glaciers, as opposed to the river-carved valleys in the states. The sharpness of these peaks can also be attested to the relative youth of the range; the Canadian Rockies began forming a mere 80 million years ago, which is downright spry compared to most of the continent’s far-more-ancient ranges. Also, since the climate is moister and colder, everything winds up being larger-than-life—richer soil, abundant glaciers, vast waterways, and sprawling segments of tree-less alpine tundra.

A Mecca of National Parks

It’s no surprise that a mountain range as widespread and iconic as the Canadian Rockies would serve as the home for numerous Canadian national parks, including some of the nation’s most popular. Banff, Yoho, Jasper, and Kootenay National Parks all border one another here, comprising what’s collectively known as the Canadian Rocky Mountain Parks. The range also encompasses Waterton Lakes National Park, further south near Montana’s Glacier National Park. All five parks were designated a UNESCO World Heritage Site in 1984, due to the distinct topography and important ecology of the mountainous landscape.

One of the shimmering stars of these Canadian national parks is Lake Louise in Banff. Famed for its pristine, turquoise-blue hue, this glacial lake is one of the most instantly recognizable—and most Instagrammed—sights in all of Canada. Not only is it mesmerizing to gaze at, especially from the deck of the castle-sized Chateau Lake Louise on its eastern shore, but this is one of the premiere portions of the Canadian Rockies for year-round outdoor activities. The lake is surrounded by top-tier hiking trails, like Saddleback Pass, Fairview Mountain, Devils Thumb, Mount Niblock, and Mount Whyte, all of which afford awe-inspiring vantage points of the Rockies’ most renowned peaks and lake-filled valleys.

In the summer, Lake Louise buzzes with paddling activities, as kayak and canoe rental outfitters keep busy along the lake’s northeastern shore. Conversely, wintertime is all about skiing, snowboarding, and cross-country skiing at the Lake Louise Ski Area, or ice skating and ice fishing on the frozen lake itself. Another popular winter attraction at Lake Louise is the Ice Magic Festival, an annual January spectacle of magnificent ice carvings hosted outside the Chateau Lake Louise, where professional carvers come from all over the world to chisel ice blocks in various themes.

Things to See and Do

A landscape as vast and diverse as the Canadian Rockies can be overwhelming, in the best way possible. But if this is your first trip, some of the most exemplary outings, in addition to Lake Louise, include the Icefields Parkway, a 140-mile/225-kilometer scenic thoroughfare that links Jasper and Banff, providing some of the range’s most iconic photo ops along the way.

A stone’s throw from Lake Louise is another epic glacial lake: Moraine. Nestled in the Valley of the Ten Peaks, this is an excellent option for kayaking or canoeing, and it’s also surrounded by gorgeous lakeside trails. In Alberta, Maligne Lake is another aquatic stunner. As the second largest glacial lake on the planet, it’s got shimmering scenery for days, and ample hiking trails along the shore. If you’re looking to get out on the water, the lake has tour boats that operate in the summer months, too. Then there’s Lake McArthur in British Columbia’s Yoho National Park, a place of snowy solitude and challenging trails surrounding a bright-blue waterhole.

In Jasper, rivers don’t get any more raging than Athabasca Falls, an intimidatingly mighty waterfall that’s sectioned off with a viewing fence for good reason. Cascading loudly through layers of rock, it’s a blunt example of the power of snow melt.

If you’d like to get away from the crowds a bit, Waterton Lakes National Park is a good option. Located immediately north of Montana’s Glacier National Park, it’s got all the majestic peaks and lakes, minus the hordes. Hike up the hefty Bear’s Hump trail to drink in the sights of the park’s namesake lakes and Mount Cleveland looming in the distance.

Visiting in the fall for a little leaf-peeping? There’s no better spot than Larch Valley in Alberta. An easy jaunt from Lake Louise, this conifer-filled valley erupts in hues of orange and yellow in September and October.

Considering the high elevation of the Canadian Rockies, summer is fleeting and winter is long. No matter the time of year you visit, pack plenty of warm layers, including wintry coat, hats, boots, and gloves. Around these parts, spring is basically just bonus winter, while even the summer months can be chilly—or downright cold, the higher you trek. If you’re hoofing it, ice cleats are a good thing to carry along, since slipping and sliding all over the trail is never fun.

In terms of getting to the Canadian Rockies, Calgary, Edmonton, and Vancouver are all convenient international airports, with plenty of rental car options, but another fun route is to take a train, like the Rocky Mountaineer. This Vancouver-based rail tour company is a historic go-to in Western Canada, operating three routes through Alberta and British Columbia, with various styles of railcars to choose from, including single-level dome coaches and bi-level glass-domed coaches. Routes include the First Passage to the West, which meanders along the Kicking Horse River to Banff, and the enchanting Journey Through the Clouds, weaving along the Coastal Mountain Range and through Fraser Canyon en route to Jasper. Trips range from 2-3 days for a short journey to 12 days for the Grand Rail Circle excursion through Banff, Jasper, Whistler, Kamloops, and Quesnel. To maximize views along the way, trains operate entirely during the day, and passengers sleep at comfy hotels. No matter the route or duration, trips include coffee, tea, snacks, panoramic views, and fascinating stories shared by charismatic guides. Meals on board also go above and beyond the standard train fare—breakfast and lunch offerings run the gamut from spinach-feta egg soufflés to Pacific salmon with garlic-herb risotto and local veggies.

The Rocky Mountaineer operates between April and October due to daylight limitations, and each season offers stunning and unique scenery, like the flourishing flora and raging rivers in April and May, or the salmon run in September, when grizzly bears and eagles are often seen reaping the rewards.

Another advantage of traveling via train is it removes the stress of navigating unfamiliar—and potentially snowy—roads in a car, and it frees you up to gaze around at the distractingly beautiful scenery without having to focus on steering. If you’re looking for a trip that’s a little more personally tailored and “at your own pace,” then working with a seasoned, budget-friendly tour company like Costsaver or Trafalgar makes it a breeze to do so. Both outlets are renowned for their trip-planning excursions, with endless options and add-ons (including meals, accommodations, and city tours), durations, and experiences along the way, and adept Travel Directors to accompany you on your journey and ensure everything goes smoothly. After all, a region like the Canadian Rockies can be intimidating to map out and plan for on your own, so leaving it to pros lets you focus on what you want to see and do, be it marveling at ice carvings, white water rafting on Kicking Horse River, or soaring to new heights on the Jasper SkyTram.

All Aboard with Rocky Mountaineer

What to Pack for Europe in Every Season

I always try to pack light but I cherish my morning exercise or yoga class and love to get out in the fresh air on a hiking or biking excursion, so I am always careful that I’m not breaking in a new... 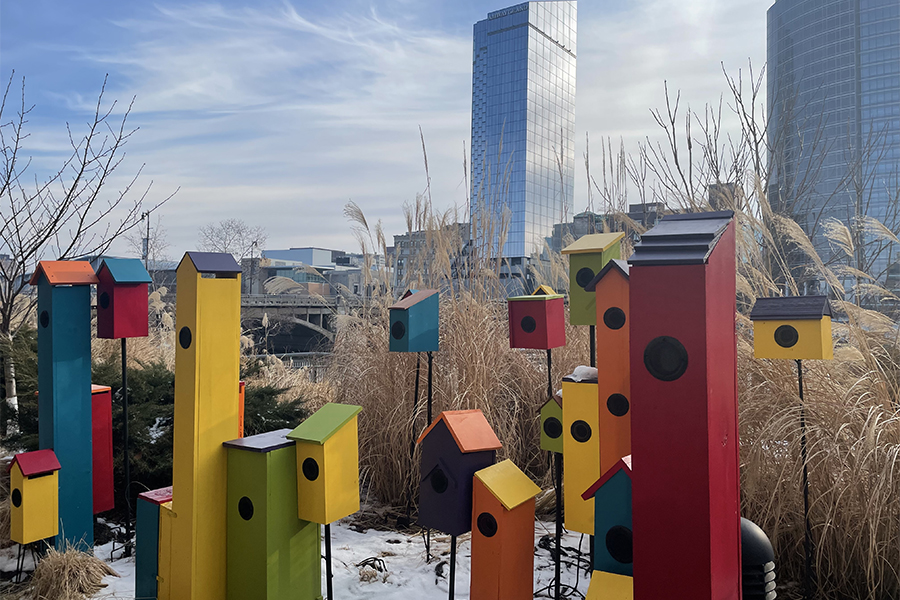 Outdoor art event makes the most of Michigan’s mean-weather months. 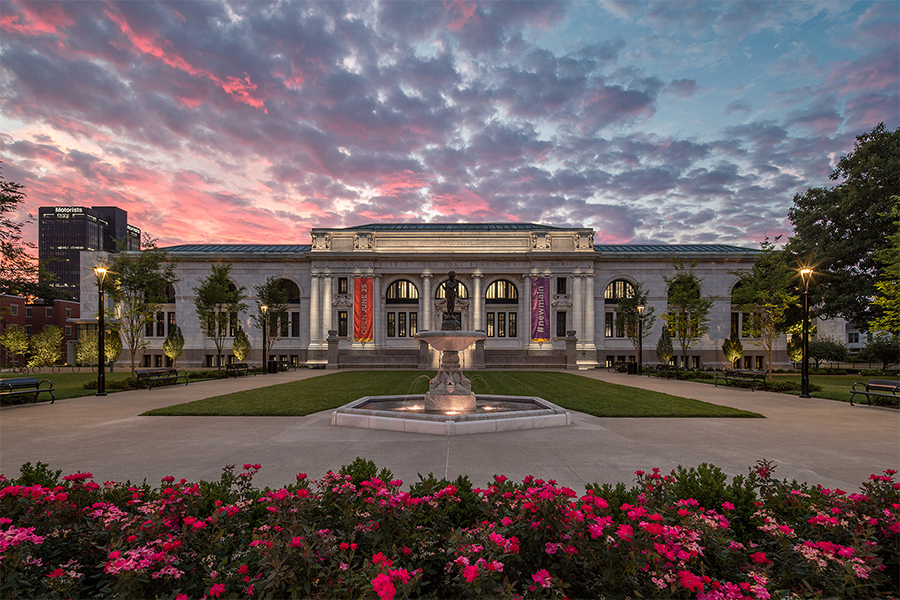 In Columbus, Ohio, repeat a time-honored tradition among scholars.

Flying High at the Broadmoor Resort in Colorado Springs

The luxurious, 3,000-acre Broadmoor that sprawls at the foot of Cheyenne Mountain champions this ancient sport and is one of the few resorts in the country that offers falconry courses to guests.