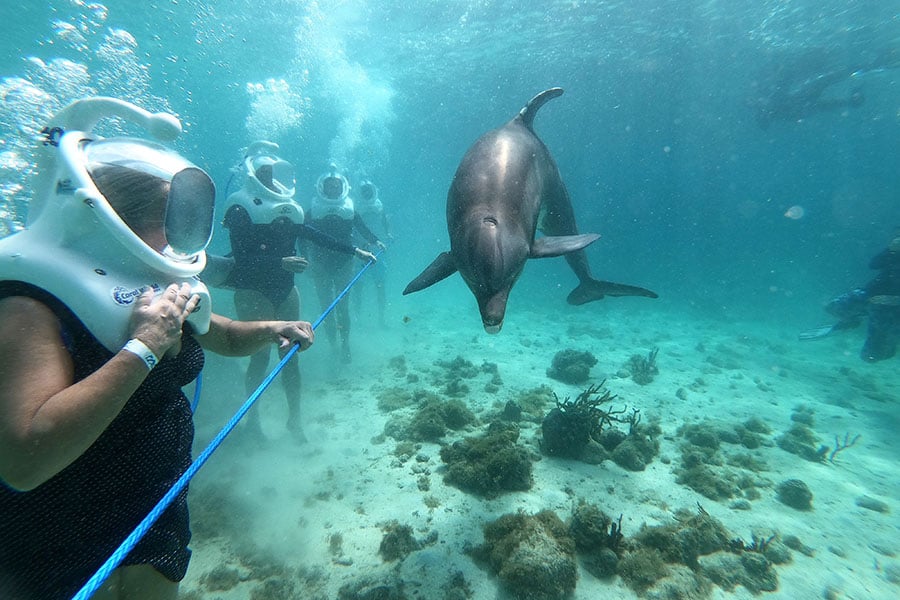 The U.S. Virgin Islands are like three beautiful sisters, each with her own charms and distinct personality. St. Thomas is loud and flashy, the life of the party, and before COVID-19, jammed with cruise ships. St. John is quiet and alluring, the smallest and least populated of the islands and famous worldwide for miles of pristine beaches. St. Croix is the intellectual one, always ready to enlighten visitors to the region’s complex culture and colonial past through historic attractions. She’s often overshadowed by her siblings because it takes a bit of extra effort to get there.

Do a little island hopping and visit this trifecta of tropical beauties on your next getaway. Here are a few activities to consider while planning your itinerary.

At Coral World Ocean Park in St. Thomas, a male coastal bottlenose dolphin named Liko circles curiously around a human that has entered his underwater world. He swims so close his fluke almost brushes against the visitor who is attempting to capture the interaction with an underwater camera. Suddenly, Liko becomes fixated on the bubbles streaming from the ocean explorer’s astronaut-like sea helmet and shoots up to play in them.  His pal Ping swims over to join in the fun, and the pair roll and flip in the “bubble bath” in unison, creating an aquatic show for the other guests that are watching from the sea floor.

“Walking underwater allows guests to see these agile animals doing their own thing under the sea,” Coral World president and general manager Trudie Prior said.  “It’s a different perspective than looking from the top down. Guests are down there with these creatures where they can better see their strength and agility.”

For those with misgivings about getting in the ocean, you’re not alone; the dolphins had to get used to it, too.

The park’s dolphins were born in human care, so a pool was the only home they had ever known before coming to Coral World.

When Dolphinaris Arizona, a Scottsdale aquatic facility, shut down in 2019 after four of its eight dolphins died of various illnesses, Coral World welcomed the remaining four to its St. Thomas Sea Sanctuary at Water Bay, a brand new 69,000-square-foot enclosed ocean habitat.

You would think dolphins would instantly feel more at home in the ocean than in the desert, but they had to acclimate to unfamiliar environmental stimuli, such as currents, waves, coral and other sea creatures, including fish.

“It was stunning to see a dolphin swim away from bait ball (a tightly packed swarm of small fish) because he had never seen anything like it,” Prior said.

Wild dolphins would help themselves to a tasty snack. Pods often work together to corral prey, then they take turns feeding on the fish cluster.

The dolphins’ natural instincts finally kicked into some degree, and, to the delight of their caretakers, started occasionally eating fish that weren’t fed to them by a human.

Even so, they can never be released into the wild because they wouldn’t survive.

If you’re not keen on being at the bottom of the sea in a massive helmet, the park offers several other dolphin interaction programs, including the new dolphin kayak experience. Kayakers have the thrill of observing dolphins as they follow the boat, often popping up within inches of it.

The dolphins always have a choice about participating in these activities. They are social creatures and naturally inquisitive, but if they need a little alone time, the sanctuary is designed so they can take a break from guests.

“Like human beings, dolphins have unique personalities,” Prior said. “Some like doing one thing and not another. In our program, they are free to exhibit those preferences.”

These animal encounters are entertaining, but they are meant to go beyond a day of Instagrammable moments and educate visitors about ocean conservation.

General curator Lee Kellar says it’s especially rewarding to see children, the future stewards of our planet, develop an understanding of the importance of conserving the vast saltwater ecosystem that covers nearly three quarters of the planet and affects all of humanity.

“You almost see the bell going off, the understanding that the ocean is important not only to dolphins, but to humans,” Kellar said.  The programs get people to think about their actions and what they can do to assist in ocean conservation while having a good time.” www.coralworldvi.com

For marine life encounters in the wild, take a ferry over to St. John.

Trunk Bay, protected by the National Park Service, is regularly listed as one of the top beaches in the world and is widely celebrated as a snorkelers’ paradise. Beneath the clear, blue water is a 225-yard-long underwater snorkeling trail. Follow the signs on the ocean floor that explain the symbiotic relationship between marine life and the coral reef.

The U.S. Virgin Islands is home to more than 500 fish species, so snorkelers come back again and again knowing they will likely encounter different fish every time. If you didn’t spot that majestic neon blue and yellow angel fish you were dying to see, it might show up tomorrow.

St. Croix, the largest of the U.S. Virgin Islands, has its share of exquisite beaches, but it’s also the cultural hub of the region and presents opportunities to explore colonial life under the Danish crown.

Start with Christiansted National Historic Site. The seven-acre park on the north shore interprets life in the New World between 1733 and 1917.

Fort Christiansvaern, an 18th-century stronghold built to protect Danish interests, is arguably the most impressive of the structures open for self-guided tours.  Several old cannons are perched on the roof, but no shots were ever fired.

The vantage point offers a bird’s eye view of a peaceful waterfront, but during the colonial era, it teemed with clamorous laborers loading ships with sugar and rum for export to Europe. Many ships offloaded human cargo. African slaves who survived the inhumane conditions of the Middle Passage crossing were dispatched to cut sugar cane on the island’s ubiquitous sugar plantations.

Some visitors are surprised to learn that Rachel Faucette Lavien, mother of U.S. founding father Alexander Hamilton, was imprisoned in the fort jail. When she tried to leave her husband, Johan Michael Lavien, he accused her of adultery and invoked Danish law to have her locked in a cell.

After several months, he released her, expecting that she would “change her unholy way of life,” and return. Instead, she escaped to St. Kitts where she fell in love with James Hamilton, Alexander Hamilton’s father. www.nps.gov/chri/index.htm

On the other side of the island stands Fort Frederiksted, named after King Frederik V of Denmark.  It was built to protect the island from invaders, but a tour reveals it’s best known as the site of a slave rebellion. In 1848, thousands of enslaved people marched through the streets to the fort to demand their freedom, effectively ending slavery on the islands.  www.nps.gov/places/fort-frederiksted-usvi.htm

Visitors to the trio of U.S. Virgin Islands go home with more than a tan. They return with a deeper appreciation for the region’s heritage and the urgency behind supporting ocean conservation.

Visitors to the U.S. Virgin Islands must present a negative COVID test. No test is necessary to return to the mainland. For more information, visit www.usvitravelportal.com

A Celebration for the Senses

From whitewater to wineries to waterfalls, eastern Ohio offers visitors a natural feast. 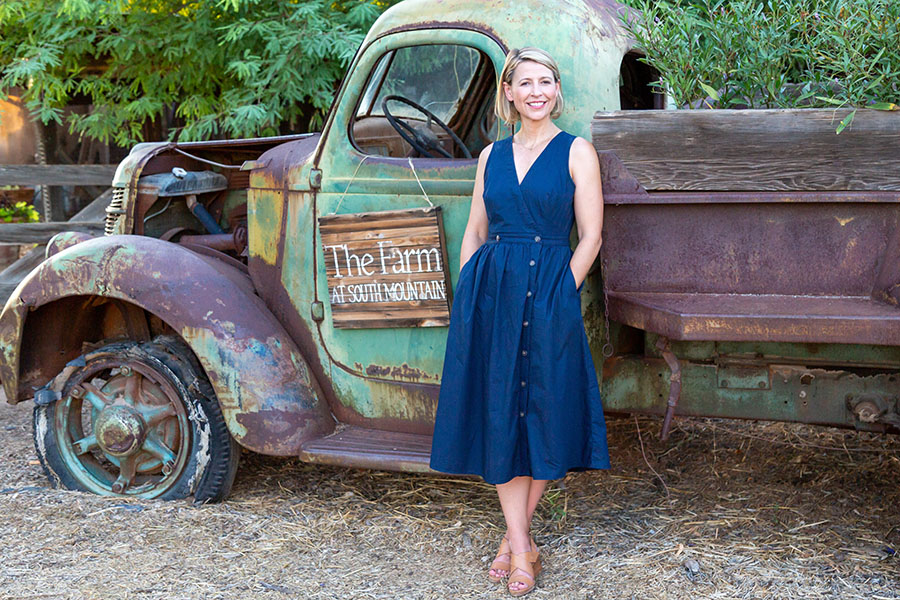 Road Tripping in the U.S.

In the United States, summer marks peak travel season. At least in “normal” times. Road tripping the U.S. is a bucket list vacation for people around the globe. 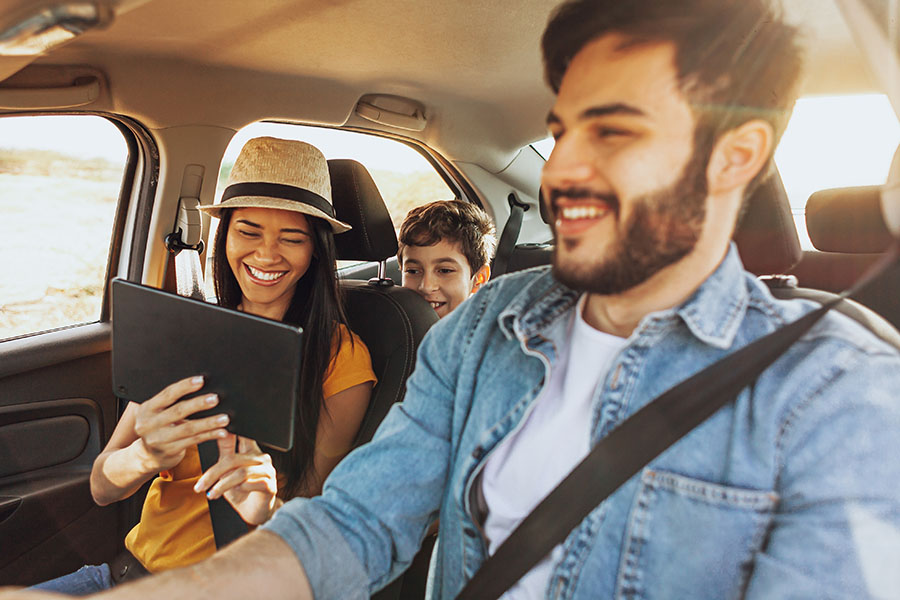 Get the digital TourBook® guides for destinations across the U.S., Canada, Mexico and the Caribbean at TourBook.AAA.com. 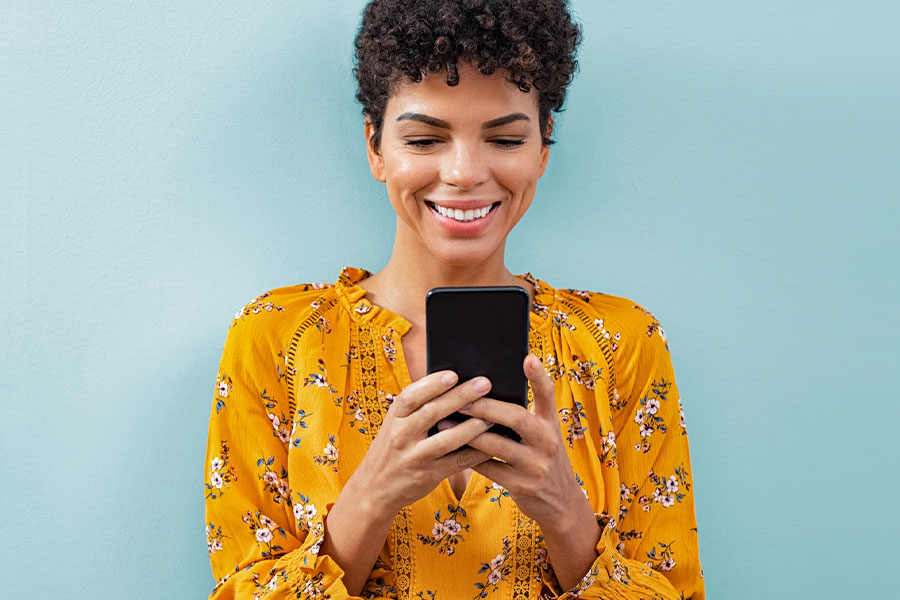 Friends often ask: “so what all does AAA do?”  Then find themselves amazed by the long and diverse list of member benefits and opportunities.