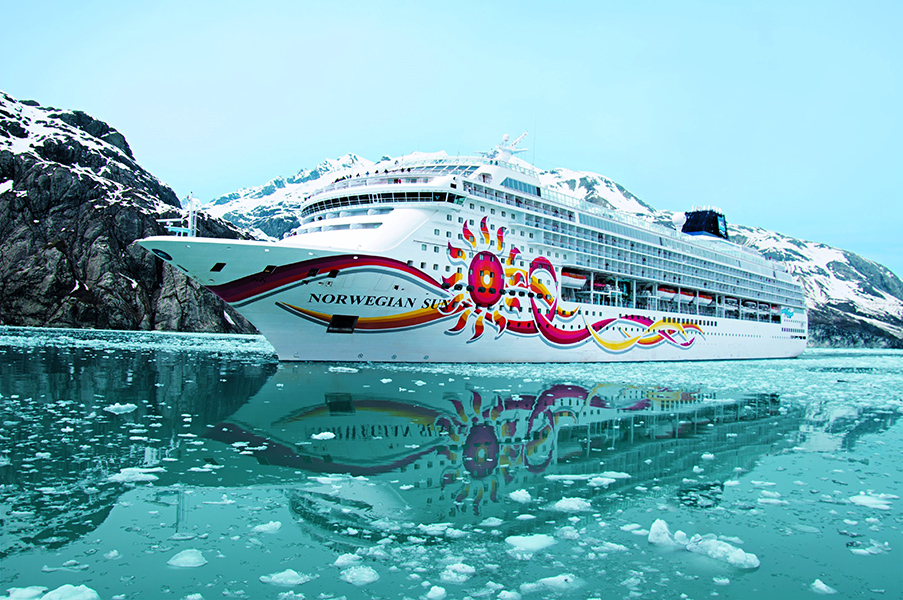 Alaska’s dramatic glaciers, rugged mountains and wild coastlines put America’s largest state high on the bucket list of many nature-loving travelers, and a cruise provides a way to traverse the Last Frontier in comfort and style. Some of the most sublime areas of natural beauty lie in vast tracts of remote wilderness only accessible by boat or plane, so it’s little wonder that Alaska is one of the most popular cruise destinations in the world.

With so many cruise lines and itineraries to choose from, it may be hard to know which is best for you. Here are a few voyages to consider.

Passengers aboard the Celebrity Solstice sail between towering walls of ice, taking in the ethereal beauty of Endicott Arm, one of Alaska’s lesser-known glacially carved fjords, as seagulls circle and screech overhead. Dawes Glacier glows electric blue, as though illuminated from within. Suddenly, it creaks and groans, coming to life like a sleeping giant.

Boulder-sized chunks of ice break free and crash into the sea with a thunderous boom, churning up powerful waves. A collective “wow” is heard from passengers who have been hoping to witness this phenomenon known as calving. Mother harbor seals and their playful pups are often spotted on these rafts of broken ice.

Endicott Arm is one of the highlights of a seven-night, round-trip cruise from Seattle that takes passengers to the cities of Ketchikan, Juneau and Skagway, then sails through the Inside Passage before docking in Victoria, British Columbia.

Celebrity offers a number of thrilling shore excursions that are quintessentially Alaska. A favorite with wildlife lovers is a hike through the dense rainforest of Herring Cove near Ketchikan. Black bears splash through cold, clear streams as they snatch up wriggling salmon in their razor-sharp claws – a feast!

As far as the ship itself, the 2,852-passenger Celebrity Solstice has some unique features, like the Lawn Club, carpeted with half an acre of verdant, living grass. If you have a sudden urge to feel terra firma beneath your feet on a sea day, this is the next best thing. The venue is home to a new outdoor movie screen and the Hot Glass Show, where stunning artworks of colored glass are created. www.celebritycruises.com, 888-751-7804

Do you know a little “Frozen” fan who’s constantly singing that earworm of a song, “Let it Go?” The blockbuster animated Disney film featuring sister princesses Elsa and Anna is wildly popular with young children, and a seven-night Alaska cruise on the Disney Wonder, which sails round-trip from Vancouver, British Columbia, provides an enchanted setting for princesses in training. With a little imagination, all those glaciers in the ice fields of Juneau could be the frosty kingdom of Arendelle.

On board entertainment includes “Frozen, a Musical Spectacular,” a Broadway-style show that mesmerizes kids and parents alike, and a Frozen-themed deck party where young cruisers can mingle with their favorite characters from the movie.

Disney characters don’t just stay on the ship; they take shore excursions called Port Adventures. Goofy or one of his pals makes an appearance at the “Great Alaskan Lumberjack Show” in Ketchikan, and Donald Duck helps youngsters pan for gold in the historic gold rush town of Skagway.

It’s no surprise that kids are easily entertained on a Disney cruise, but the cruise line never forgets that those kids are traveling with parents, grandparents and older siblings. Experts in multi-generational travel, Disney gets it right when it comes to keeping the whole family happy.

For example, fine dining is one of the best parts of cruising, but when parents are wary of toddler-launched food missiles and loud pleas to “go now,” it’s not so relaxing. Disney has the perfect solution - the Dine and Play Program.

Here’s how it works. When the family is seated for dinner, children are served immediately while parents savor an appetizer. After the kids are finished, youth activity counselors come by the table and escort the little tykes to the Oceaneer Club, a fleet-wide activity center for children ages 3 to 12 that is open until midnight.

Mom and dad can linger over dessert knowing their kids are happily immersed in a fantasyland of Disney magic.

Older kids have their own space. Edge on deck 9 is a tweens-only area with video games and a dance floor, while Vibe is a teen hangout for kickin’ it with new friends over smoothies. disneycruise.disney.go.com, 800-951-3532

Off Point Adolphus near Hoonah, Alaska, a humpback whale shoots like a missile from the frigid waters of Icy Strait, executing an effortless half spin in the air as though he were a graceful dolphin performing at Sea World instead of a 40-ton sea mammal in the wild.

Not to be outdone, his companions perform similar acrobatics called breaching. For the grand finale to this impromptu performance, one spirited behemoth slaps his serrated fluke, or tail, waving goodbye to a group of awestruck Norwegian cruise ship passengers.

It’s all part of the Whale and Marine Mammals excursion that takes whale watchers to this aquatic playground that’s home to Alaska’s largest summer population of humpback whales.

Following a three-year hiatus for extensive renovations, the 1,936-passenger Norwegian Sun will join the Norwegian Joy, Bliss and Jewel in Alaska next year, offering nine-to-12-day sailings.

The new 11-day itinerary, “Ultimate Alaska: Passage through the Glaciers from Seattle,” is designed to be a more in-depth experience, and is only available on the Norwegian Sun. It sails round-trip from Seattle with stops in Sitka, Icy Strait Point, Skagway, Juneau, Ketchikan and Victoria, British Columbia.

You’ll have plenty of time to shop for Tlingit-made handicrafts in Icy Strait Point, and in Sitka, a quaint island community that was once the capital of Russian Alaska, you can enjoy a leisurely stroll through streets that retain remnants of the Russian Colonial era.

Extra time in port is a bonus on this cruise, but some of the most scenic views present themselves on sea days.

Have your camera ready for cruising through Glacier Bay. Two hundred years ago it was covered in a thick sheet of ice several miles wide. By the 20th century, the glacier had receded more than 65 miles, one of the fastest glacial retreats on record, to reveal a reborn land of freshwater lakes, icebergs and fjords. Look for bald eagles and harbor porpoises.

Sea days are ideal for checking out the Sun’s post-renovation updates, like the Los Lobos Cantina, a hit with Mexican food-lovers, and the Spinnaker Lounge that offers panoramic views at the top of the ship. www.ncl.com, 800-657-5773

When it comes to seeing the best of Alaska, there are some definite advantages to small ships, like the newly enhanced, 312-passenger Star Breeze that easily fits into tight inlets and secluded coves inaccessible to larger vessels.

Beginning in May, Windstar will offer 22 different Alaska journeys, including the new 11-day “Alaska Glaciers & Prince William Sound” itinerary that sails from Seward to Vancouver, British Columbia, stopping in less-visited small ports like Wrangell, an opportunity for immersion in native Tlingit (pronounced KLIN-kit) culture, and Valdez, where a flightseeing tour offers an eagle’s eye view of the snow-capped Chugach Mountains.

Alaska is a world-famous fishing destination, and anglers will enjoy a day aboard a covered halibut fishing charter in Icy Strait. Those who hook a prize catch can have it processed and shipped home – and, of course, get a photo with their tasty trophy.

Many cruise lines have an onboard team of naturalists and marine biologists that host daily lectures and Q & A sessions, but Windstar’s Signature Expedition experts turn that information into a hands-on experience by guiding small groups into wilderness areas.

Although the Star Breeze is compact, it’s still large enough to house amenities like the tranquil WindSpa and a fitness center. However, there’s no casino, and after dinner, entertainment tends to be low-key, so don’t expect a nightly singing and dancing extravaganza. www.windstarcruises.com, 800-258-7245

Oceania, a luxury line that’s a favorite with more mature, affluent cruisers, also specializes in small-ship cruising, and it’s working to make Alaska voyages better than ever. Next spring, passengers will sail on the redesigned, 684-passenger Regatta. Newly decorated with elegant chandeliers and intriguing artworks, the ship exudes modern elegance.

The line recently amped up the Alaska experience by adding more ports. Seven to 14-day itineraries depart from San Francisco, Seattle, Seward and Vancouver, with ports of call in Haines, Kodiak, Prince Rupert and Nanaimo, a city on the east coast of Vancouver Island.

Almost all of them stop at Hubbard Glacier, the largest tidewater glacier in North America, and next year, six departures will visit College Fjord in Prince William Sound, the only place in Alaska where cruisers will find themselves surrounded on three sides by glaciers.

All that exploring works up an appetite. Oceania is widely heralded for its cuisine, and the best of the best is at the specialty restaurants – Toscana and Polo Grill. There’s no extra charge, but reservations are required. www.oceaniacruises.com, 855-623-2642 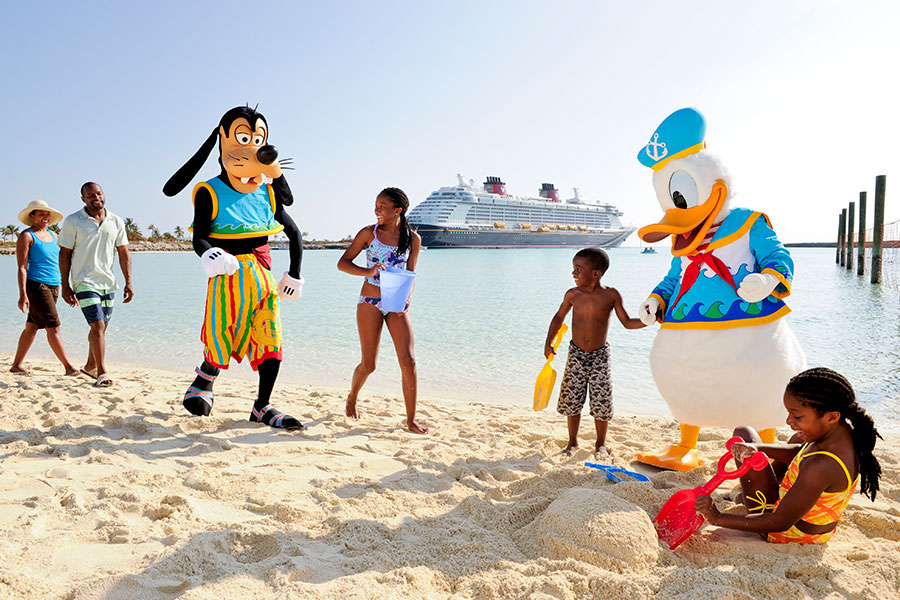 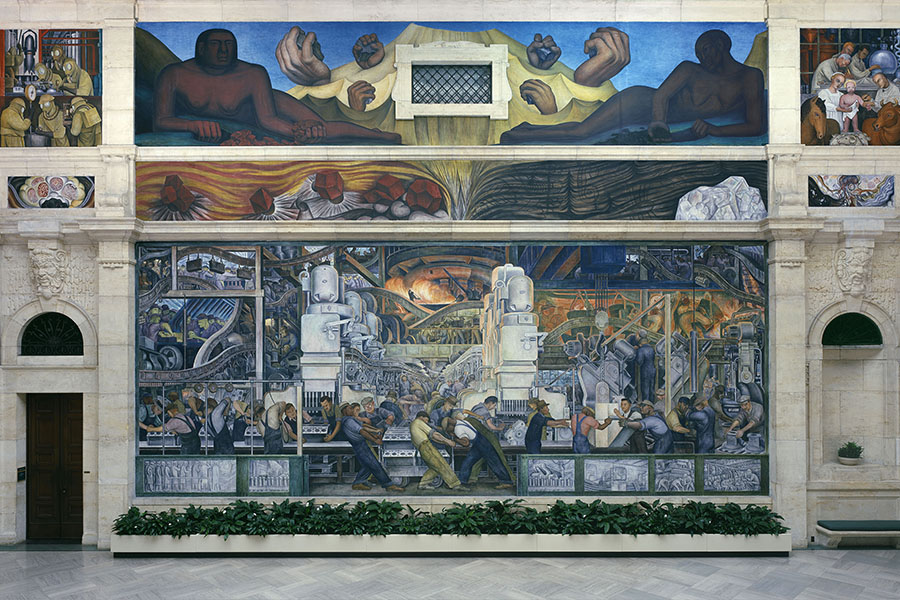 Run wild in Nashville where the hot dogs are piled high with chow-chow, Western wear is always on trend, and the music never stops.