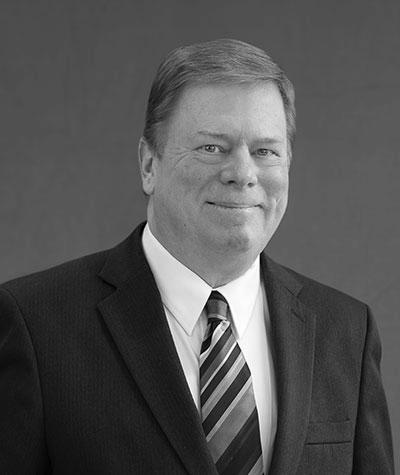 As a proud, 33-year AAA employee, Scott Davis has learned to embrace a very specific motto…”People don’t care how much you know until they know how much you care.” Scott enjoys spending free time with his family and “traveling the open road while exploring new places,” values the relationships he has formed with clients and AAA members over the years and strives to apply that motto in every situation he finds himself in. Having received numerous accolades during his AAA tenure, he is most humbly appreciative of his 2017 Insurance Agent of the Year award.

Scott started with AAA in 1986, after a career in restaurant management. His original role was as an Auto Travel Counselor, which he loved.  A branch management position opened within a few months of starting, and he took on the role. At that time, the job required him to sell insurance as well as being a manager, so he took on the challenge. After three decades in that combination role, Scott transitioned to a full-time insurance agent role to better help fill a need.

While his role has changed, he says he is grateful for all the positions he has had. Scott’s various responsibilities have allowed him to understand AAA better, and as a result, serve his clients better. Overall the years, in all his work, his dedication to his clients has never changed.

“They need to leave with more than they had when they got here,” Scott said of his clients. “Even if they don’t buy a policy, they can leave with knowledge.” While his award says, ‘Sales Agent,’ he says he’s much more. He sees himself as a consultant helping to advise people on the products and services they need.

His work ethic is founded on two bits of advice from Joe O’Malia, founder of the local O’Malia Food Markets. “Treat every customer interaction as a ‘Moment of Truth’” and “People don’t care how much you know until they know how much you care,” Scott said he follows these mottos with his coworkers, his clients, and for life in general. His deep faith and his caring nature make it an easy philosophy to live by.

In addition to living by the advice of Joe O’Malia, Scott offers up his own personal wisdom as ‘Scottisms.’ His words of wisdom and advise include:

Scott said his life outlook is also impacted largely by his father. A radio broadcaster, his father always had to be on no matter where he was or how he felt. From this Scott learned to make it through, even when he’s not having the best day. He also gained a love of music from his father. Being around music since he was a kid, Scott developed a hobby out of it. To this day he plays around on the keyboard and enjoys listening to and admiring his vast music collection in the music room in his home.

Beyond music Scott has a love of sports. He still loves participating in basketball, golf and tennis. He avidly follows professional basketball, football, and baseball, cheering for his favorite teams, the Indiana Pacers and the Kansas City Royals. He also spent almost 20 years coaching youth sports leagues as his kids were growing up.

Today, his two sons and daughter are grown, and Scott enjoys spending time with them, his wife of 36 years, Elizabeth, and their three grandsons. When he’s not living up to his nickname, Miles Davis, given for his love of taking long road trips to visit family and vacation, you’ll find Scott relaxing at home, taking care of his yard, listening to music, all the while showing everyone how much he cares.

Choosing the right insurance policy on your own can be a difficult and confusing process. Let me show you how to select the right coverage at the right price. Insure with a name you can trust and gain peace of mind. Insure with AAA!

I can customize an insurance quote tailored to your specific needs. Please choose from one of the following.